About 30 years ago I began to wonder why so little was known about early mechanical engineering. Machinery made in northern England from c. 1770 – especially textile machines, machine tools, and steam engines – underpinned industrialisation and brought phenomenal economic growth. No one had come near to explaining the nuts and bolts, how this had been possible – how artisans in a few northern centres, with very limited resources, set up an inventive and high-tech industry from scratch.

Launched upon my research in 1990, the question quickly changed to a more troubling one: how was it possible to make any sense of this lost world, without any evidence? And so I unwittingly answered my first question: no one had picked this up before, because they must have sensibly gone off to study a subject with easier source material. The difficulty was that those small firms in at the start of mechanical engineering were transient, and their activities 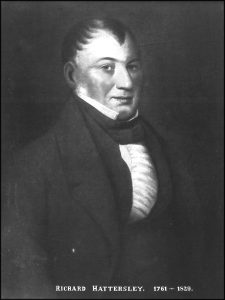 by and large undocumented. I did my best with the archive of Hattersley of Keighley (which is exceptional) and whatever else could be found, mainly community records from the places where textile engineers worked. After three years a thesis emerged, which went the way of most theses, on to a library shelf, causing little sensation.

Still I was convinced that I was on to something important: the communality of working, the closeness of the smiths and joiners and ironfounders who challenged every entrepreneurial myth and competitive cliché about the industrial revolution. The fact that machine-making had gone under the radar for so long confirmed the hunch. The records I was chasing had never existed, because the main action occurred within small workshops. Afterwards, writers assumed that conditions in the 1780s matched those of two generations down the line, after 1830, which of course was far from true.

Finally, after a couple of decades working on other people’s projects, in 2013 I thought I’d write a book. And I did, after a heap of new research which took rather longer than my original dissertation. Thanks to the wonders of online searching, and my personal advances in understanding the context, some startling connections emerged. The book is much, much better for it, and the argument far more convincing. Thank heaven I lived long enough.

The Age of Machinery: Engineering the Industrial Revolution was accepted by the Boydell Press, in a series they publish for the Economic History Society called People, Markets, Goods. I was delighted by this: the subject matter deserves a high profile publisher, and also it’s offered as a very affordable paperback, only £19.99. The book came out in February 2018, and has had pleasing reviews from some global big names in economic history.

My plans for follow-up projects have shifted. I’m exploring new sources, and new kinds of sources (new in the sense that they are new to my work). I’m heading back in time, to the 1760s and 1770s, and re-constructing the careers of some important figures. Extraordinary stories emerge, of men migrating into the region to take up textile engineering. Exploring these careers is a way to bring out the context and connections which underpinned machine-making, especially some significant links back to south Yorkshire metal trades and Tyneside colliery engineering.

There’s an (electronic) pile of new research about early engineers in northern England which didn’t comfortably fit into The Age of Machinery. It presents a great opportunity to try this new angle, seeing a new industry built from the perspective of the people who created it. I’m hoping to presenting some of the data as a resource on this site. There may also be a couple of books coming out of it, but I haven’t quite pinned that down yet. 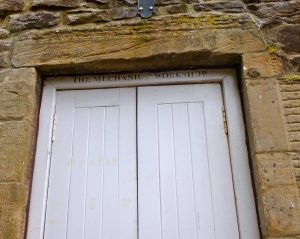 The Age of Machinery: Engineering the Industrial Revolution

An engagingly written account of textile engineering in its key northern centres, rich with historical narrative and analysis.

The engineers who built the first generations of modern textile machines, between 1770 and 1850, pushed at the boundaries of possibility. This book investigates these pioneering machine-makers, almost all working within textile communities in northern England, and the industry they created. It probes their origins and skills, the sources of their inspiration and impetus, and how it was possible to develop a high-tech, factory-centred, world-leading market in textile machinery virtually from scratch. The story of textile engineering defies classical assumptions about the driving forces behind the Industrial Revolution. The circumstances of its birth, and the personal affiliations at work during periods of exceptional creativity, suggest that the potential to accelerate economic growth could be found within social assets and craft skills. Appreciating textile engineering within its own time and context challenges views inherited from Victorian thinkers, who tended to ascribe to it features of the fully-fledged industry they saw before them. The Age of Machinery is an engagingly written account of the trade in its key northern centres, devoid of jargon and yet tightly argued, equally rich with historical narrative and analysis. It will be invaluable not only to students and scholars of British economic history and the Industrial Revolution but also to social scientists looking at human agency and its contribution to economic growth and innovation.