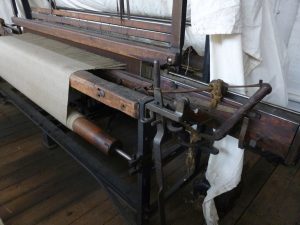 And selected highlights from past talks and conferences:

‘Technologies’, Textiles and the Origins of Industrial Revolution: Linking Markets and Technique conference sponsored by Pasold. University of Hertfordshire and Victoria and Albert Museum, 15-16 April 2015.

‘The impact of railways on north-east towns: Darlington and Sunderland in the 19th century’, Oxford University Department for Continuing Education, 2013.

Locality and Region seminar, Institute of Historical Research, University of London, May 2007: ‘Ferry, bridge and harbour: the development of the port of Sunderland from the 17th century’.

Centre for Research into Freemasonry, University of Sheffield, February 2007: ‘Freemasons and networking in 18th-c Sunderland’.

International Economic History Association conference, Helsinki, August 2006: ‘Keeping it in the family: the role of family firms in the industrialising north of England, 1780-1830’.

International Maritime Economic History Association, Kotka, Finland, August 2006: ‘Cutting out the Middleman: The Development of the Port of Sunderland, 1715-1850’.